Barney Talks about the Gift of Giving on Radio 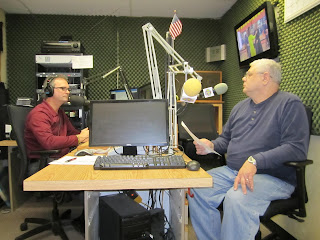 November 25 - Yes, our own Lynn Barnes (Barney) was interviewed on radio last Wednesday morning. Bob Westerman, the program director and morning host on93.5 The Mix/KCVM, interviewed Barney about the Gift of Giving event that will be happening on Dec 5.

It was a short (4 min) but interesting interview.  Barney gave the overview of the Gift of Giving, the latest happenings for the Rough Risers and even included some of his classic humor.

Here is a link to the interview.  It is a MUST LISTEN!!!

Email ThisBlogThis!Share to TwitterShare to FacebookShare to Pinterest
Labels: publicity

The Need to Give Thanks 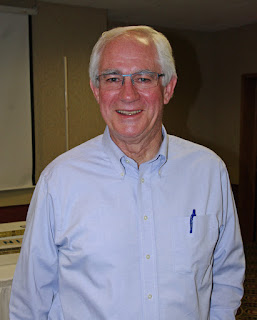 Wednesday Nov. 25—Today on the eve of Thanksgiving, Rough Riser and retired pastor Bob Ericson talked to us about the deeper spirit of giving thanks.

While we need to count our blessings and give thanks for the things that quickly to come to mind, we also need to give thanks for such blessings as the gift of intellect to continually learn new things, the beautiful and incredible world we live in, and for adversity which gives us strength and the ability to grow.

May we remember Bob’s words not only on Thanksgiving but every day.
Posted by Unknown at 8:48 AM No comments:

Rough Risers Give Their Two Cents Worth 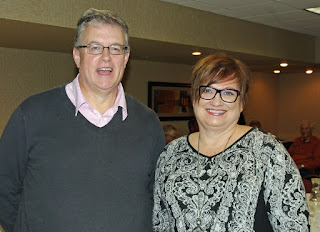 Wednesday Nov. 18—Perhaps everyone who attends performances at the Gallagher Bluedorn Performing Arts Center on the UNI campus fantasizes about who they would bring in to the center if they were in charge.

Today we served as a focus group and gave guests Steve Carignan and Diane Campbell of the GBPAC our input after viewing 18 video clips of a wide variety of performers.

Comedians, musical solo artists and groups of every genre, and other types of entertainment were represented and we got to pick our favorite six out of that collection for the 2016-17 season.

How will our votes compare to other focus groups? We’ll find out next summer when the schedule for the new season is announced! Steve's Rough Risers mug collection proves he is a frequent guest speaker! 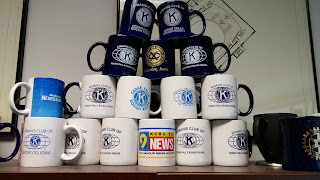 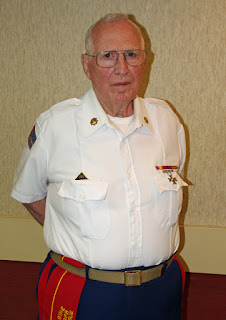 Wednesday Nov. 11--Club member Stan Whelchel was a U.S. Marine in the 1950s. He spoke today about how Veteran’s Day came into being as a national holiday and day of remembrance.

Established at the end of World War I as Armistice Day, the name was changed to Veteran’s Day during the Eisenhower administration. Stan also pointed out that yesterday was the 240th anniversary of the founding of the U.S. Marine Corps.

He rounded out his interesting program with a video titled “Story Behind the National Anthem” that tells the story of Francis Scott Key and the Battle of Fort McHenry. Click on the link below to see this moving story.
Posted by Unknown at 10:35 AM No comments:

Veteran's Day - The Story Behind the National Anthem

November 11 is Veteran's Day and the US National Anthem is a symbol of our country. We are fortunate as Stan Whelchel will be telling us the story of the Marines as well as share a poem he wrote. This video by Joshua Richard tells the story of the night battle portrayed in Francis Scott Key's Star Spangled Banner.

You might want to review the song's lyrics.  Typically we only sing the first verse the true story is found throughout the 4 verses in the whole song.

Let's Be Grateful for Our November Programs 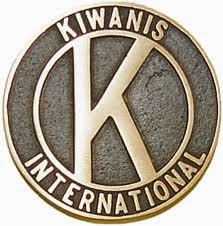 Wednesday, November 11 – Veterans Day Tribute
Stan Whelchel will tell us the meaning of Veterans Day and share the story of the Marines.  We will view a video about Francis Scott Key and writing the Star Spangled Banner.

Bob Ericson, a “retired” Lutheran minister, will share a Thanksgiving message with the club. We will talk about those things for which we are grateful.
Posted by Dr. Z at 9:29 PM No comments: