Plans Underway for a New Hospital 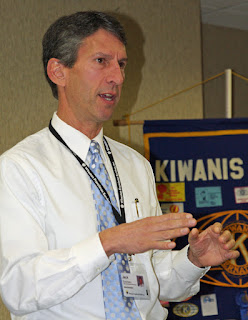 Wednesday Feb. 10—Sartori Memorial Hospital has served Cedar Falls for over 100 years. Plans are now being made to build a replacement hospital that is designed to meet the medical needs for the community well into the future.

Jack Dusenbery, the CEO of Wheaton Franciscan Healthcare spoke to our group today about the changes underway at Wheaton and the new hospital in Cedar Falls in particular. It will be located on 50 acres of land at the intersection of Greenhill and Hudson Roads, with construction beginning next year and the new facility in use starting in 2019.

We appreciate the information Jack shared with us about this major change for our city.
Posted by Unknown at 10:31 AM No comments:

Learning About Another Faith 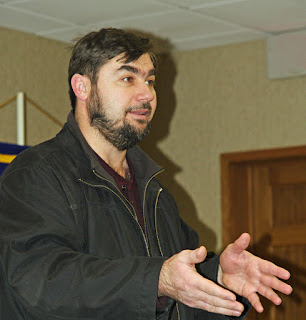 Wednesday Jan. 27—Although Muslims are often in the news, many Americans are not familiar with their beliefs.

Today we were honored to have Iman Adin of the Massjid Alnoor Islamic Community Center in Waterloo as our guest speaker. He explained how the Islam faith started from the same roots as Judaism and Christianity, they believe in the same all-powerful God and that they study many of the same figures from the Old Testament.

He stressed how the Muslims believe in peace and that terrorists who use the name of Islam are combining their political views with the religion. Iman Adin studied in Bosnia and got his master’s degree in Brunei.

The Waterloo Center has members from many countries and cultures. Thank you for your interesting talk, Iman Adin.
Posted by Unknown at 10:51 AM No comments: